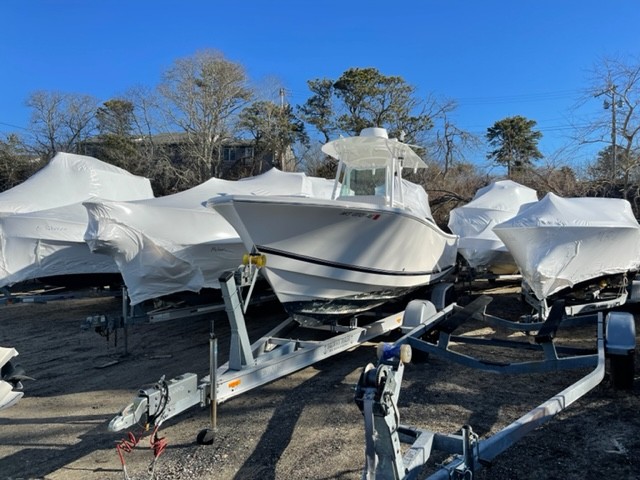 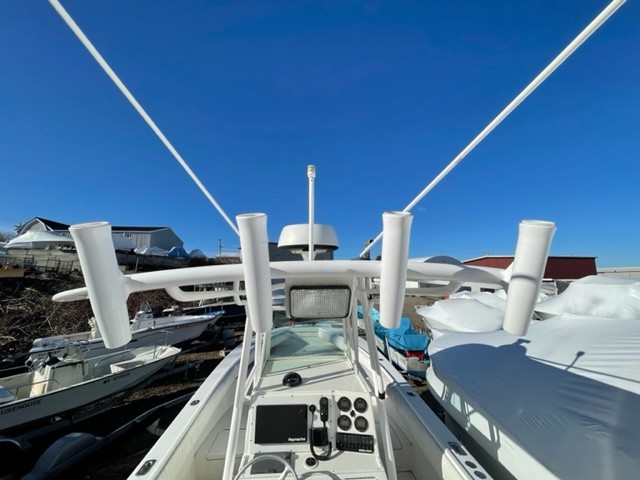 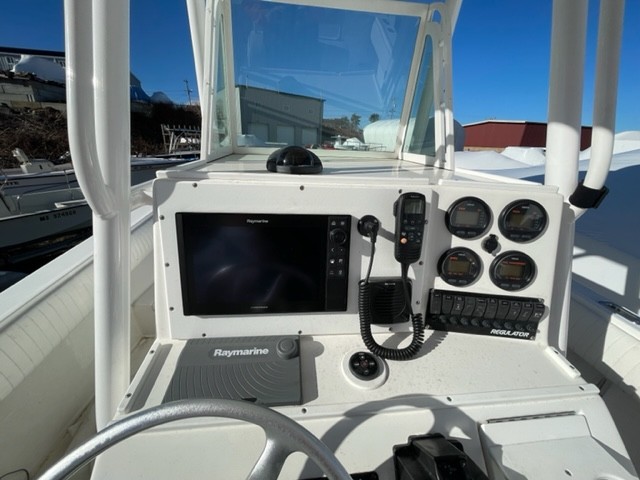 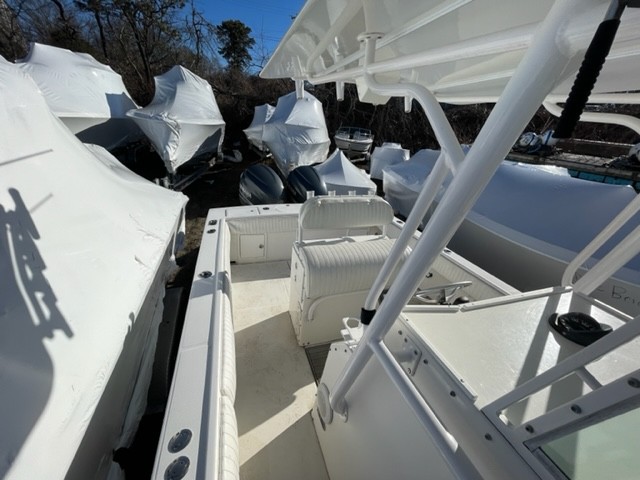 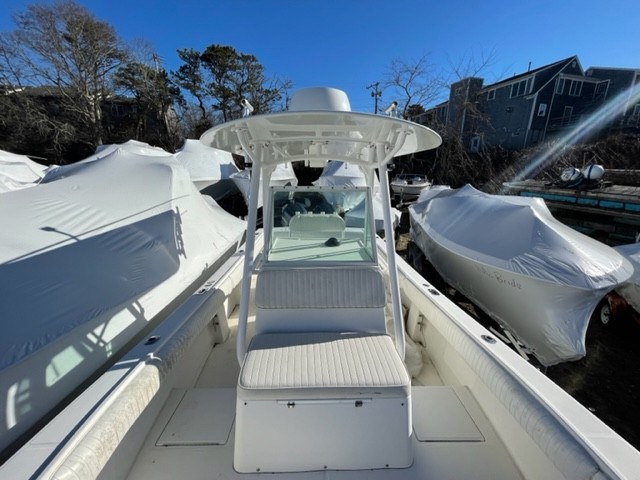 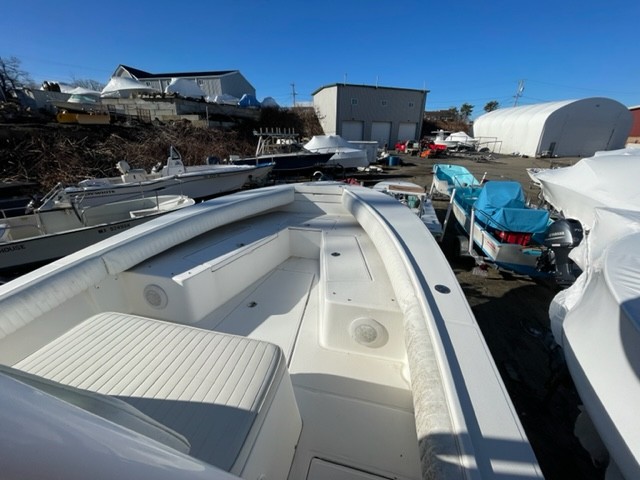 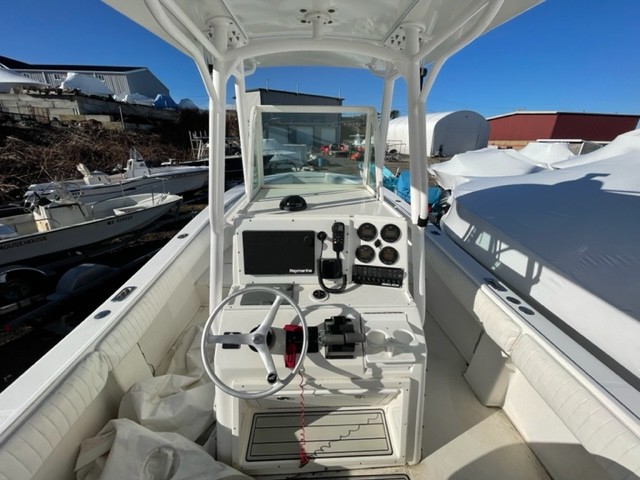 We are pleased to introduce, in beautiful condition, a 2004 Regulator 26FS with twin Yamaha 225’s and a Road King Trailer. This is a local boat for us in Chatham that has been maintained with an open checkbook. It has been tastefully updated and improved on over the years, and has been fished recreationally here on the Cape. In the fall of last year, the boat was launched without the plug in and became partially submerged in the stern while tied to the dock. The water never overcame the gunnels and DID NOT MAKE IT FORE OF THE LEANING POST. It did make it above the gap on the motor cowlings however, and the motors were pickled immediately. The motors/wiring/pumps have been professionally gone through since. Upon inspection, it was deemed wise to replace the powerhead on the port motor and that was completed. That is where you see the 2006 and 2004 Yamaha 225’s listed. Both starters were replaced, all connections and wiring inspected, dried, and CRC sprayed. The motors look great again, have good/even compression, and run perfectly now. Downloads available and look good as well.
This was an unfortunate event for the owner of the boat, and he purchased a boat last fall to finish out his fishing season. The current owner’s plan is to keep the boat he purchased in the fall going forward. Now that the Regulator is again restored, this platform speaks for itself and would make someone extremely happy going forward. The specs and improvements to this 26FS are listed below. Please reach out to 508-945-2030 or sales@outermostharbor.com for more information. Offers encouraged. We look forward to showing you the boat. Additional photos will be added shortly.
2004 Regulator 26FS
LOA 26ft
Draft 2.6ft
Beam 8.5ft2015 Roadking 10k gvw dual axle trailer, never wet2004 Yamaha F225TXRC Port 1700hrs
2006 Yamaha F225TXRC Starboard 900hrs (powerhead only)